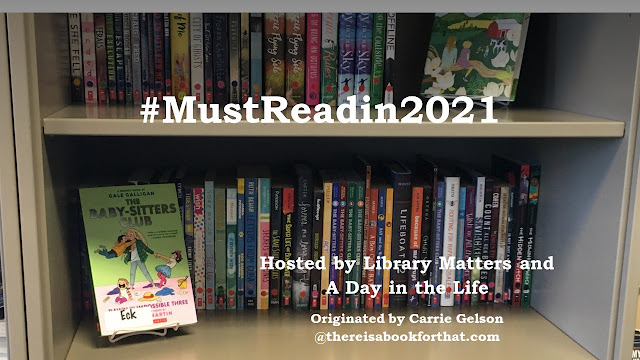 It’s time for our first #MustReadin2021 update! These updates are optional, but some of us find that doing them keeps us more focused on our reading goals.
Carrie Gelson at There's a Book for That started #MustRead as a way to address our GoodReads lists. This year Leigh Anne Eck at A Day In the Life and I are taking over for her.

How are you all doing? Have you been distracted by other books? Have you made progress? What have you read that shines through? Add your link at the bottom of the page and let us know where you are at.

NOVELS
So far I've read 8/24 books from my #MustReadIn2021Fiction list. 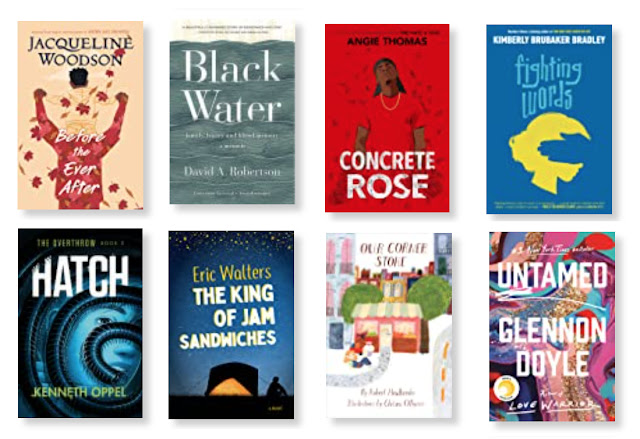 Before the Ever After by Jacqueline Woodson

A young boy watches his family fall apart when his famous football father ends up deteriorating because of repeated head trauma.

Black Water by David A. Robertson

In this loving biography, Robertson writes about his father's life and how it influenced his own.

In this prequel to The Hate U Give, we learn the backstory of Star's father, Maverick Carter.

In this #Ownvoices novel, a young girl, Della, tells the story of her and her older sister, Suki, who ended up in the foster care system after being sexually abused.

In this second part of his Overthrow series, three teens with unusual capabilities are interned with other kids like them. In the meantime, monstrous insects are hatching and devouring everything in their path.

The King of Jam Sandwiches by Eric Walters

This story, based on Walter's real life, tells of two grade eight students living hard lives. They end up saving each other.

Our Corner Store by Robert Heidbreder

In these delightful poems, Heidbreder captures the sounds and smells of a time gone by.

Doyle writes honestly about her divorce from her husband, and controversial new marriage to her wife.

All Our Relations: Finding the Path Forward by Tanya Talaga

Tanya Talaga looks at common themes that plague indigenous cultures from around the world. "From Northern Ontario to Nunavut, Norway, Brazil, Australia, and the United States, the Indigenous experience in colonized nations is startlingly similar and deeply disturbing."

All You Can Ever Know by Nicole Chung

Chung was adopted by a white family when she was a baby. Growing up as the only Asian child in a white community was a difficult experience. Her story is an important read for people contemplating interracial adoption.

Strong Is the New Pretty: A Celebration of Girls Being Themselves by Kate T. Parker

The photographs in this book highlight different traits that make girls strong. I only wish there had been more diversity in this book.

I'm not quite finished The Sixth Extinction by Elizabeth Kolbert but will have it done by the end of this week. It's a profound book that looks at how humans are responsible for the catastrophic end to millions of species.

PICTURE BOOKS
I've finished 24/100 picture books from #MustReadPBIn2021. All of these were on my list because they had received rave reviews. So far I've given them either 4 or 5 stars. Picking one or two of the best is impossible. 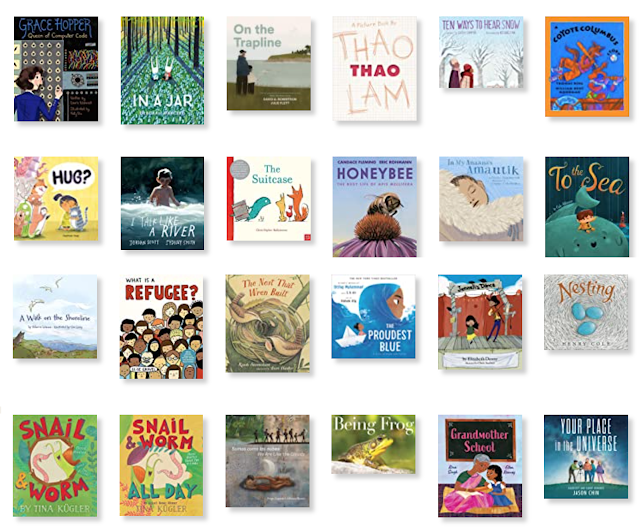 INDIGENOUS AUTHORS
I've read 14/25 books by Canadian Indigenous authors. You can read more about them here. 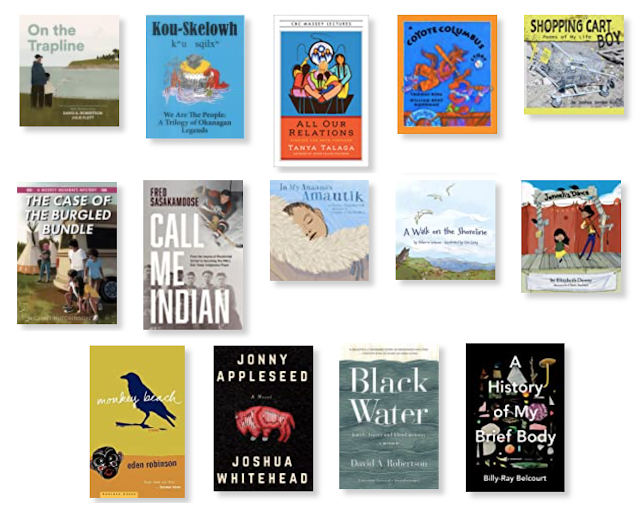 DISCWORLD
I started this challenge last October. So far I've finished 38/41 of the main Discworld books. My heart aches as I get to the end. I feel like I am saying goodbye to old friends. There are miniseries within the collections that I know I will read again. Terry Pratchett does so much in these novels to educate his readers. He provides us with a mirror to look upon our own world in all it's messiness. He does it with remarkable grace, humour, and tenderness. I have become a serious fan. 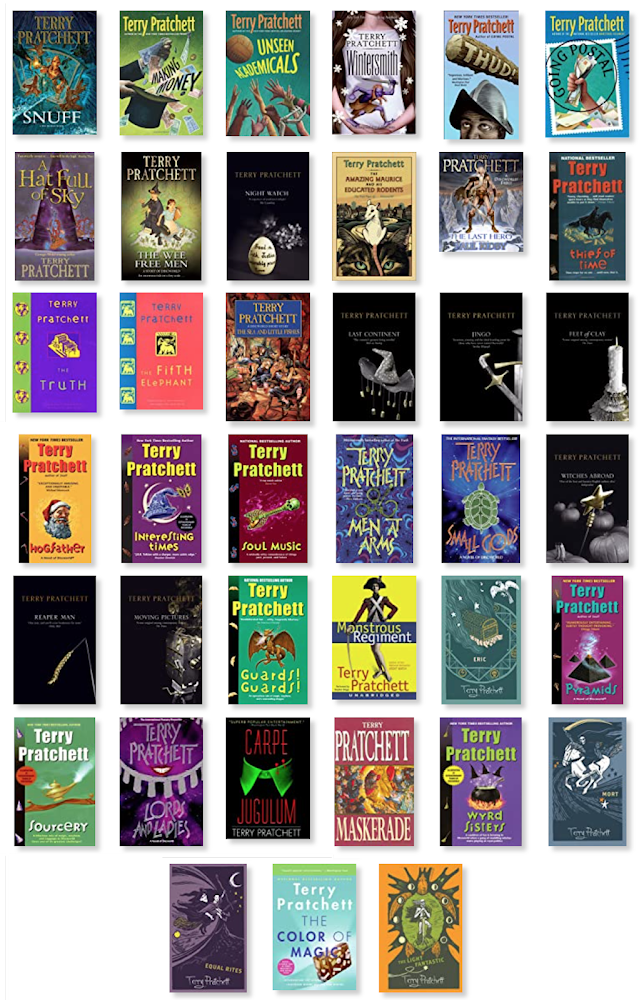 Let us know how you are doing. Add your link below!

You are invited to the Inlinkz link party!