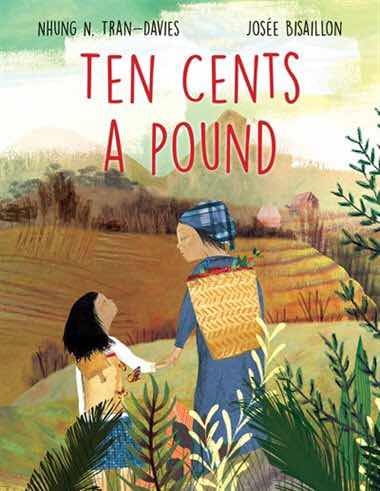 The love between a mother and daughter is celebrated in this jaw droppingly gorgeous picture book.

It's set in Vietnam, where the mother works picking coffee beans for 10 cents a pound. This money is used to pay to pay for school books, shoes and to send her daughter away to school so that she has a better life.
The poetry is expressed in two lyrical voices - those of the mother and the daughter. It's through these two voices that we see the love and sacrifice of the mother, and the child's understanding of how hard her mother's life is. 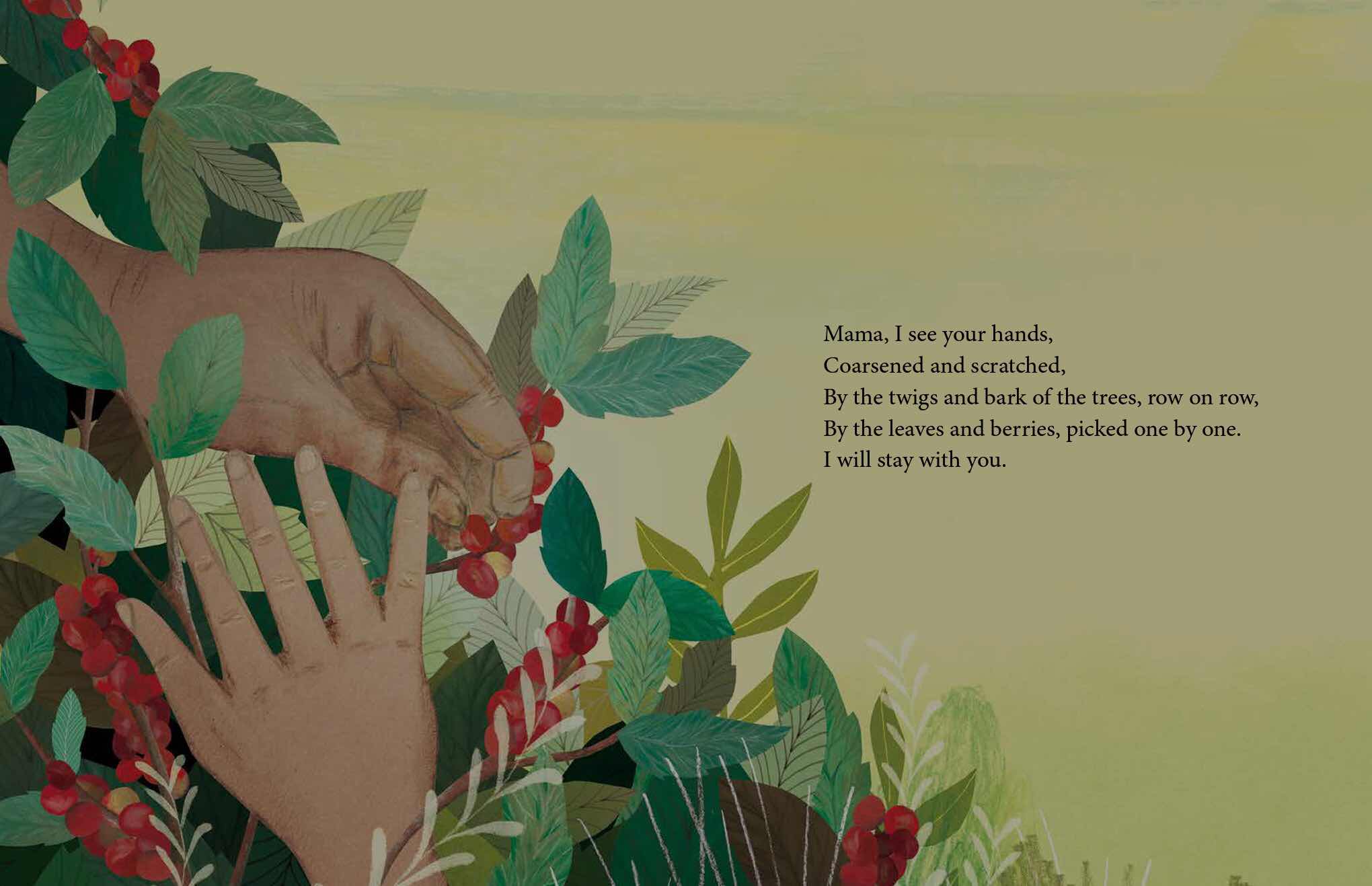 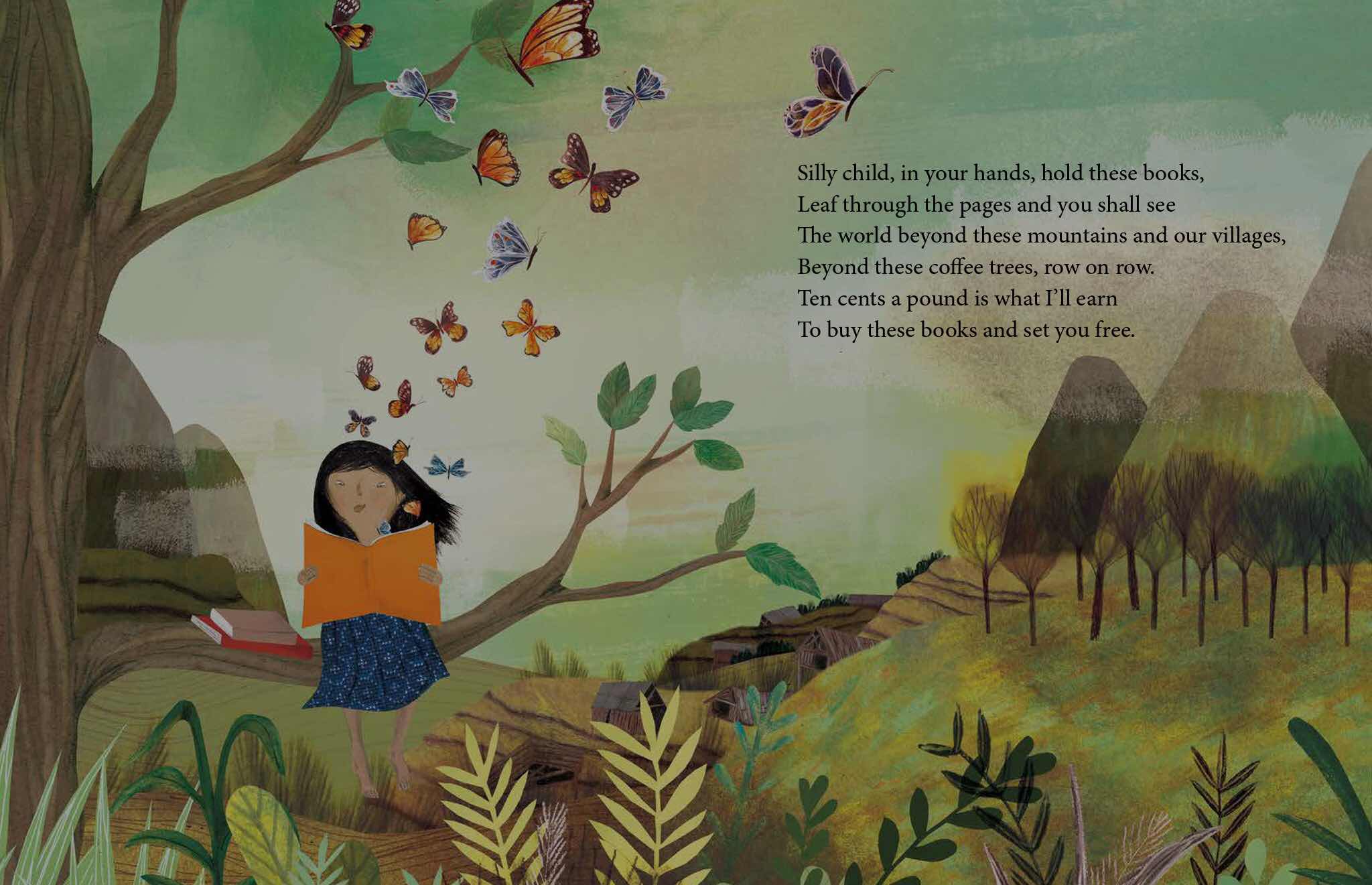 This wish of the mother, for a better life for her daughter, will resonate for all families. Eventually the daughter realizes that living the kind of life her mother envisions for her is the best way she can help her.  I love this image of her flying away. 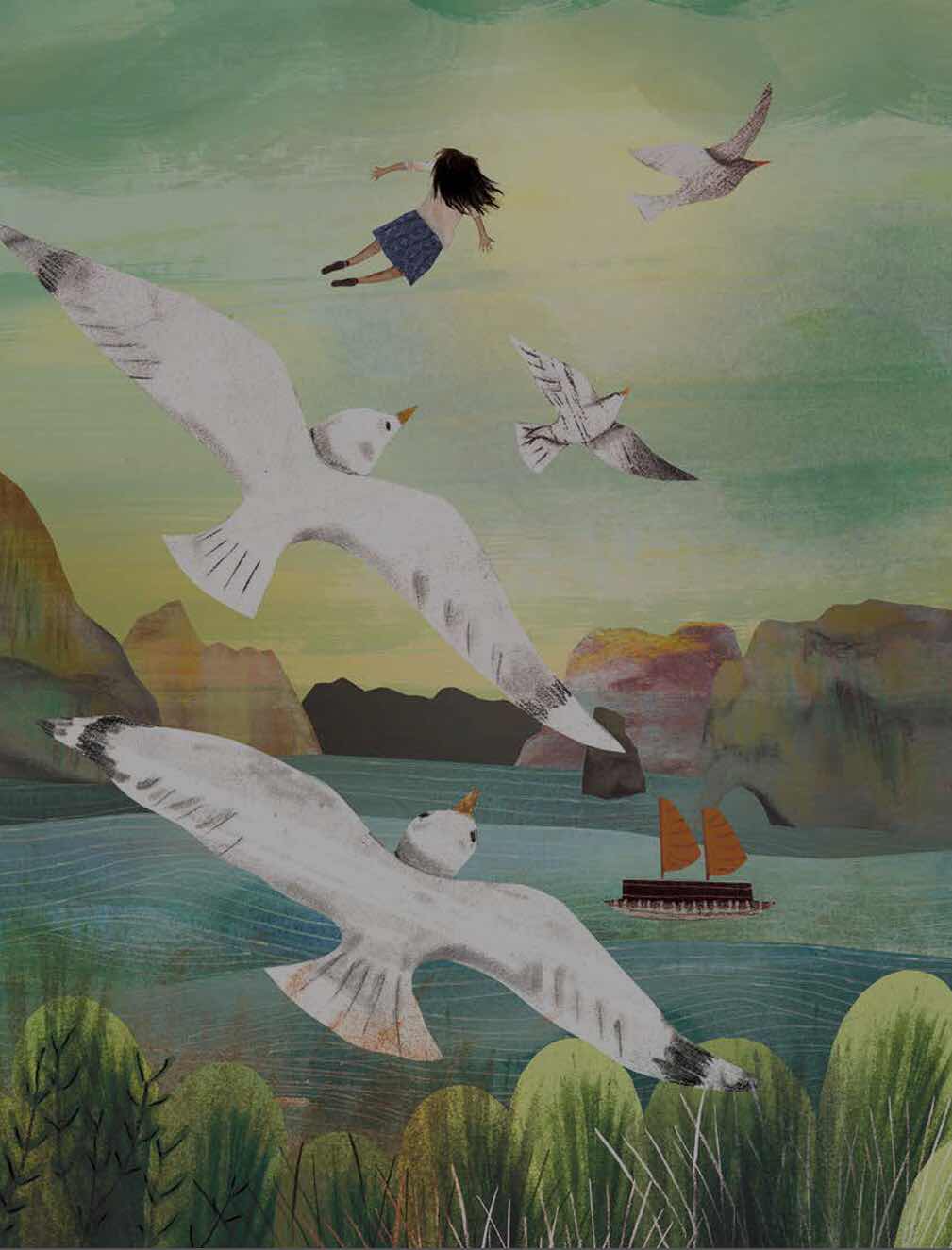 Josée Bisaillon's artwork creates a stunning backdrop to the story at the same time as it reveals the smaller details of the mother's suffering: her stooped back, her calloused and blistered feet and failing eyes. 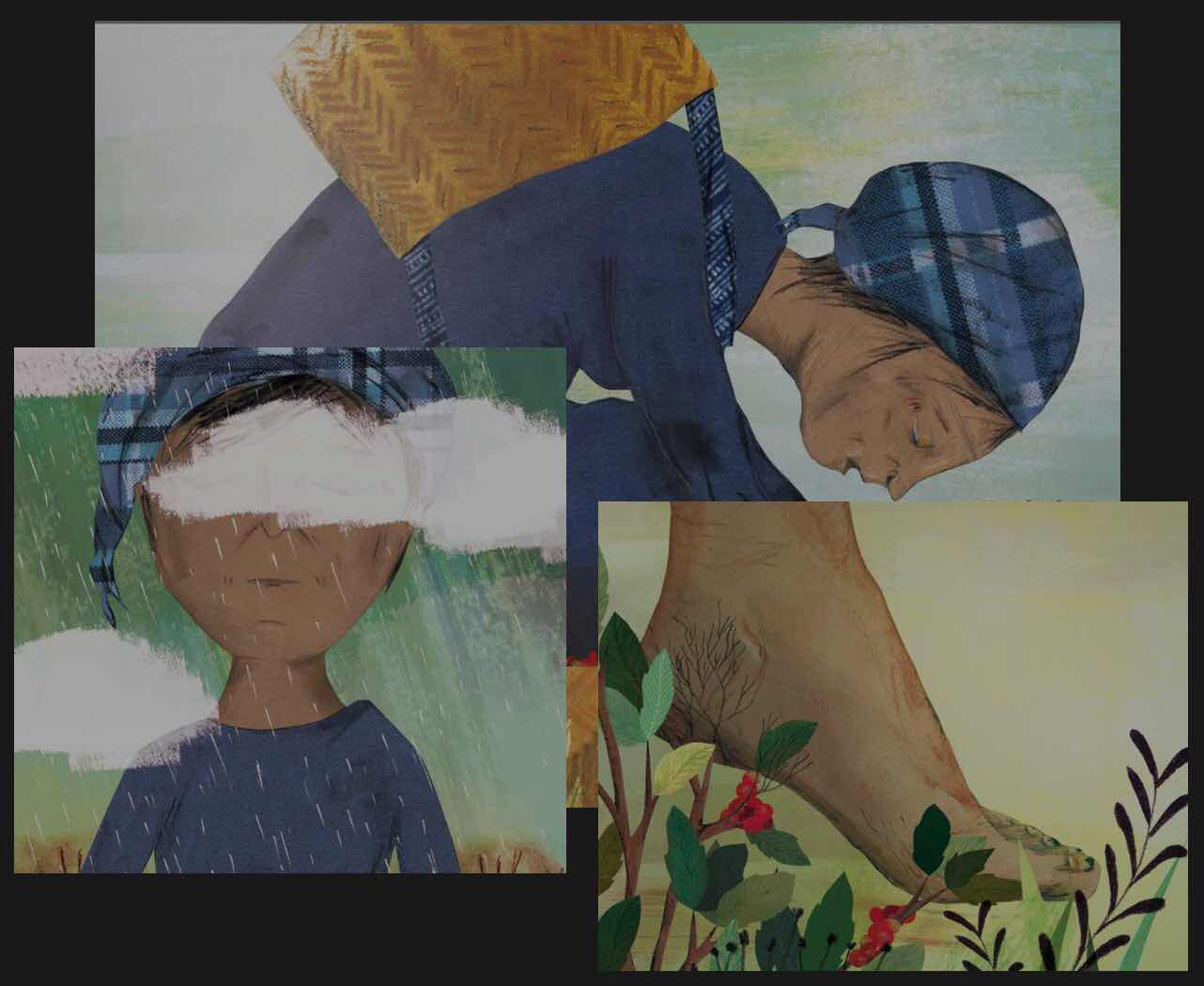 My only complaint is that the text is small and the book is very short. In spite of this, the book will be an important addition to libraries in part because of the relationship between mother and child, and in what it reveals about the lives of people in other parts of the world.
Posted by Cheriee Weichel 2 comments:
Email ThisBlogThis!Share to TwitterShare to FacebookShare to Pinterest