Swallows and Amazons by Arthur Ransome

Each summer I try to read a classic children's book. This year it was Swallows and Amazons. I'm so glad I did.

Four siblings: John, Susan, Titty and Roger, (The Swallows) get permission from their parents to sail to a deserted island on a lake and camp out for the remainder of their summer vacation.

While this is not a magical adventure like Half Magic by Edward Eager, that I read last year, it has its own kind of everyday magic, the powerful magic of imagination, play, and freedom.

The children imagine themselves as explorers and pirates as they spend their time fishing, visiting "the natives" for supplies, and exploring the world around them. Eventually they meet up with two sisters sailing their own ship (The Amazons) and agree to a friendly challenge. In case you want to read this book I won't spoil it for you except to say that after a bit of a stressful adventure, the two groups become fast friends.

This book resonated powerfully with me. When I was a child, my siblings and I headed out after breakfast and spent our summers in the hills just above our house, or down by the nearby river, creating worlds that paralleled the ones we lived in with our parents. The only rule was that we had to return in time for supper. This book returned me to those halcyon days.

I can't help but wonder if students at our urban school get the chance to experience this kind of joyful freedom here in the city.

I'm giving this book only 4/5 stars because while I thought it was absolutely charming, I am not sure that many students in my school would appreciate this gem. It is very slow paced and full of descriptive details. In spite of this, I think it would make a fabulous read aloud.
Posted by Cheriee Weichel 1 comment:

Email ThisBlogThis!Share to TwitterShare to FacebookShare to Pinterest
Labels: Classics

It took me a while to get into this book. I listened to it while traveling and initially had a hard time keeping track of all the characters. There are a lot of them. However, it is beautifully written and lovely to listen to, so I persisted. Eventually a few characters arose to prominence. Before I knew it, I was hooked. 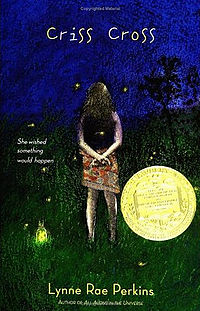 It is set in a small town in the USA in the 1970's.
It could have been the small town here in Canada where I grew up.

It is the story of a group of adolescents hovering on the cusp of adulthood. Nothing spectacular happens. They are quietly, awkwardly, coming to terms with themselves in reference to each other and what they want for their future.

It is introspective and philosophical. It resonates with deep truths about what it means to be human.

“I know I'm still young and there's a lot of time for things to happen, but sometimes I think there is something about me that's wrong, that I'm not the kind of person anyone can fall in love with, and that I'll always just be alone.”

My 14 year old self is half way in love with Hector. His older sister took him to a coffee house where, after watching a guitar player and having a 'satori' moment, he decides to learn to play. His father arranged for him to take lessons in the church basement. Two important people are part of this group. Meadow, who Hector develops a crush on, and Dan, the football star, who girls usually consider a hunk.

Hector's compassion, comfortable acceptance of who he is, and readiness to laugh at himself and his circumstances make him an ideal role model for all boys.

Debbie, another significant character, has a crush on Dan, the school football star.

Dan is the character I worry about. He has the potential to become a good person, but it will take work on his part and I am not sure he is capable of it.

I liked the use of the omniscient narrator who not only tells the story, but adds quirky commentary at the same time.

I'm getting this one for our library
. 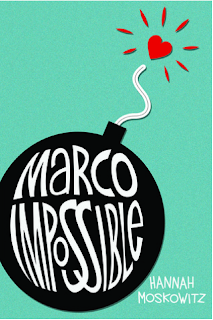 I still haven't quite figured this book out. Don't get me wrong, it's good, but it hasn't been the best book I read this summer.

It is about two best friends, Marco and Stephen. The two amateur detectives have to deal with a bully and his friends who are threatening Marco because he is gay.  At the same time they are grappling with their first forays into romance.

I liked the characters, especially Stephen who narrates this. I loved his family who felt real to me. I'm not so sure about Marco who seems extremely self centered, but maybe it is because he is dealing with more than we are aware of til the end of the story.

The saddest thing in this book is how the two boys never really communicate to each other. Marco is starting high school in a private school and Stephen has no idea why he is abandoning him. On the last day of school they come up with a plan to crash the high school prom so Marco can tell Benji, who plays in the band, that he really likes him.

Pretty much anything that can go wrong, does.

The fact that they never really talk about the important stuff contributes to the ensuing chaos.

I will be getting this book for our school library because it is a great addition to our collection of books with gay characters. 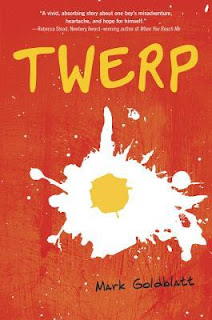 Julian Twerski is a normal 12 year old boy growing up in Manhattan in the 1960's. Over winter break he and his friends did a terrible thing. After a one week suspension from school, Julian made a deal with his English teacher to keep a journal and write about the incident in exchange for not completing a Shakespeare project.

This book is the result.

Julian writes thoughtfully about killing a pigeon, harassing a student teacher, causing a car accident, writing a love letter (with disastrous results) and learning to deal with not being the fastest person at school. He avoids the event that got him into this situation in the first place.

Julian and his friends; Quick Quentin, Shlomo Shlomo, Eric the Red, Howie Wartnose and Lonnie, are heartwrenchingly real. So are the girls; Amelia, his sister, Beverley and Jillian. I didn't like them all, but I swear I went to school with people just like them. I suspect students today will find themselves and their friends here as well.

This book is about bullying - how we can cause so much damage to others without really meaning to, how small acts of manipulation and cruelty can become larger ones.

I loved the way Goldblatt captured the time and place of Manhatten in the 1960's.

What I loved most was seeing Julian mature as he comes to realize that while things can't be undone, it doesn't mean that nothing can be done.

I will definitely recommend this book to students in grade 4 and up.

When I can get it in paperback it will make a great book for literature circles.

Me & Jack by Danette Haworth 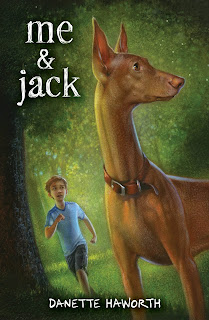 Joshua Reed's father is a recruiter for the US Air Force during the Vietnam War. His mother died a number of years ago. Joshua and his father travel from place to place so he has learned how to "play the new kid."


This time they ended up on Pennsylvania where they adopted Jack, a unique breed of dog, from the local pound. Jack and Joshua become inseparable. Other than some conflict with Prater, a boy who lives nearby, it seems like they might have landed in an ideal place. Then strange things start happening in the neighborhood at night and Jack ends up getting blamed.

What transforms this novel into more than a great story about a dog, a boy, and friendship, is the backdrop of the war and the role it plays in how the characters interact with each other.

It is well written with an engaging plot. The characters themselves are rich and multidimensional. I cared for all of them, including Prater.

I'm going to recommend this book to the many dog lovers, but I'll also suggest it to those kids who seem to have a fascination for war.