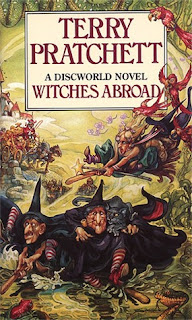 I am late to discover Terry Pratchett, you might even say that I am nearly of age with the old crones starring in this novel. Having discovered him, I have fallen in love with Pratchett's sense of humor, and am awed by his sly commentary on life. If you have read my post about Tiffany Aching, the young witch, you will already know this.

I take stories seriously: so seriously that I spent part of one summer at the University of Minneapolis studying Fairy Tales and Critical Literacy.

Therefore, I loved the introduction that dealt with the role of stories.

"... on the Discworld people take things seriously.
Like stories.
Because stories are important.
People think that stories are shaped by people. In fact, it's the other way around.
Stories exist independent of their players. If you know that, the knowledge is power.
Stories, great flapping ribbons of shaped space-time, have been blowing and uncoiling around the universe since the beginning of time. And they have evolved. The weakest have died and the strongest have survived and they have grown fat on the retelling ... stories, twisting and blowing through the darkness.
And their very existence overlays a faint but insistent pattern on the chaos that is history. Stories etch grooves deep enough for people to follow in the same way that water follows certain paths down a mountainside. And every time fresh actors tread the path of the story, the groove runs deeper.
This is called the theory of narrative causality and it means that a story once started, takes a shape. It picks up all the other workings of that story that have ever been.
This is why history keeps on repeating all the time.
So a thousand heroes have stolen fire from the gods. A thousand wolves have eaten grandmother, a thousand princesses have been kissed. A million unknowing actors have moved, unknowing, through the pathways of story.
....
Stories don't care who takes part in them. All that matters is that the story gets told, that the story repeats. Or, if you prefer to think of it like this: stories are a parasitical life form, warping lives in the service only of the story itself.
It takes a special kind of person to fight back, and become the bicarbonate of history."

It is of course the admirable witches from the Discworld: Nanny Ogg, Magrat Garlick, and Granny Weatherwax, who take on this role. I love the interaction between them. I love their bickering, their bawdiness, and their interpretations of foreign places and foreigners. But mostly I love their humanity and their integrity.

Perhaps this wasn't quite as scintillating as I would have liked, but I still enjoyed reading it. A Lot.

Alas it is probably a book for adults rather than kids in my elementary school. I doubt children, and even teens, have the sophistication to understand and appreciate the many nuances that make this book a keeper.
Posted by Cheriee Weichel No comments:

The Fault In Our Stars By John Green 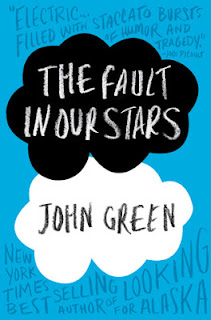 I am a John Green fan. I should get that out of the way right off the top so you will know that I am slightly biased when I talk about his work.

I read Looking For Alaska while on a five hour road trip. My poor partner looked at me askance more than once as I sobbed uncontrollably next to him in the front seat of our car.

While I have enjoyed many of Green’s other novels since, nothing until The Fault in Our Stars, has had the same impact on me.

It is the story of two teenage cancer patients who fall in love.

It is about trying to find out what happens after the story ends.

I can’t tell you much more without spoiling the book for you.

It felt authentic to me. These people were real. Their experience was believable.

I loved the profound discussion about living and dying. You can’t read this book and walk away not having thought more deeply about your own existence and reason for being.

There are so many beautiful quotes to pull from it.

“I fell in love the way you fall asleep: slowly, then all at once.”

“Sometimes people don't understand the promises they're making when they make them..... But you keep the promise anyway. That’s what love is”

“My thoughts are stars I cannot fathom into constellations.”

“...while the world wasn't built for humans, we were built for the world.”

It took John Green 10 years to write this book.
It was worth the wait.
I will get it for our grade seven shelf.
Posted by Cheriee Weichel No comments:

Great seasonal books can enhance any celebration! There are a number of recently published titles out there, but in my mind, there are some classics that nothing really equals. 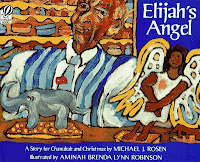 One of these is Elijah's Angel written by Michael J Rosen and illustrated by Aminah Brenda Lynn Robinson. It is a story that is both a Hanukkah book and a Christmas book. I love how it illustrates the power of friendship and love across faith and cultures. As an additional bonus, the story is rooted in reality. 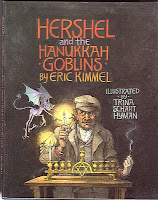 Hershel and the Hanukkah Goblins written by Eric A. Kimmel and illustrated Trina Schart Hyman is another classic. It is one of those books that is just a great read aloud no matter what time of year it is! You can see the book and hear Kimmel reading it here.

One of my new favorite Hanukkah books is The Hanukkah Hop! written by Erica Silverman, and illustrated by Steven D’Amic. Reading this one out loud is a treat for both the reader and the listener. Everyone wants to get up and dance before you are done. 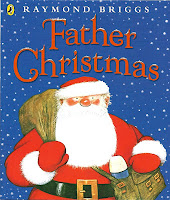 I adore Father Christmas by Raymond Briggs. This nearly wordless comic book is scrumptiously illustrated so that the tale unfolds step by step. It will keep little ones occupied for ages. (At least it did mine many years ago)

Unless you have been living in a cave for the last few decades you already know these other classic Christmas narratives that continue to entertain children of all ages: How the Grinch Stole Christmas by Dr Seuss and The Polar Express by Chris Van Allsburg. 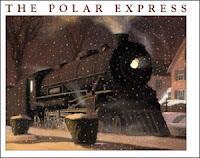 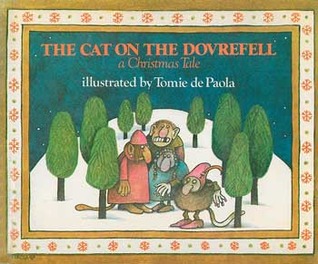 All these are lovely, but the Christmas yarn that I enjoy reading out loud most is The Cat on the Dovrefell: a Christmas Tale, translated from the Norse by Sir George Webbe Dasent and illustrated by Tomie de Paola. Jan Brett tells this story in Who's that knocking on Christmas Eve? but de Paola's version is just superior.


Pete the Cat Saves Christmas by Eric Litwin and James Dean might just become one of my new favorites. One of the best things about any Pete the Cat book is that it comes with a song that you can listen to for free.

No Such Thing As Dragons by Philip Reeve 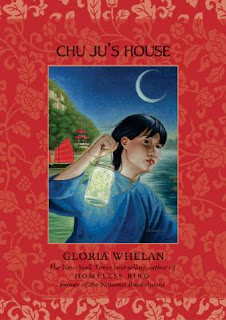 I too think this is an amazing book.
Posted by Cheriee Weichel No comments: