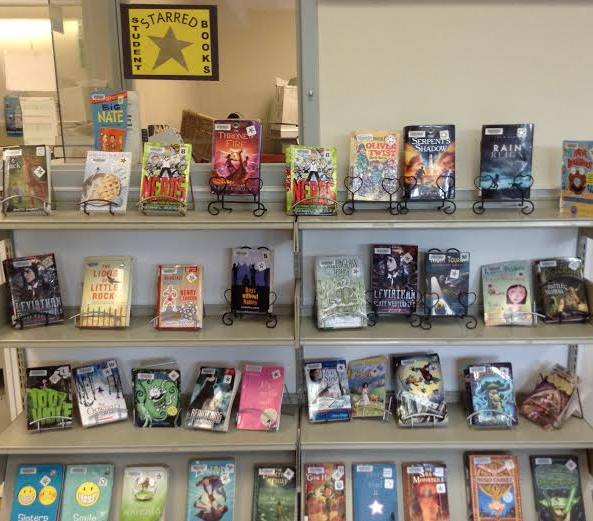 Every year we have a student starred book campaign. This year my library monitors suggested we make posters to let people know more about it. So we created these (coloured in by these same monitors) and plastered them all over the school. 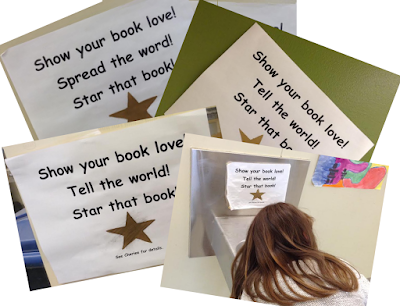 We started a display of previously starred books and then made an announcement at an assembly. Right afterwards readers started bringing books to me that they wanted to star. (Adults are not allowed to star books!)
A student starred book is a book any student loves and thinks other readers will love also. Students star all kinds of books; nonfiction,  picture books, novels and graphic novels. Even when we don't have an official starring campaign, readers come asking to star a book. If a reader wants to put a star on it, we just do it. I admit to loving my conversations about why they want to star this book.

It's the first chapter book they read on their own.
It made them cry.
They loved the characters.
It was loaded with adventure.
It is really creepy.
They love the illustrations.
It surprised them.
It's the best book they ever read.
They finished it in one night!

As soon as I book talked Greenglass House by Kate Milford, I had a reader ask if he could star the book. This is the kid who talked me into reading it in the first place. The reader after him also starred it. 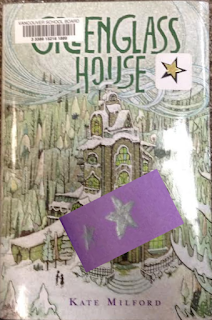 Our copy of Matched by Allie Condie is getting pretty ratty as you can see from the photo, but it is still getting lots of love from readers. 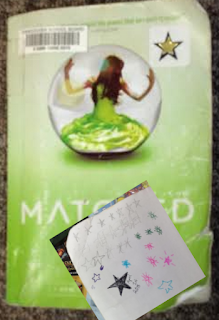 There are few books around with as many stars as Dragonbreath by Ursula Vernon. 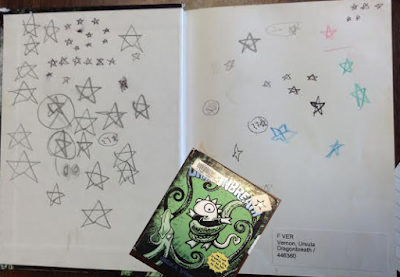 Both our copies of The Invention of Hugo Cabret by Brian Selznik are loaded with stars. Occasionally a reader get really excited and puts many stars in one book, but most of the readers don't mind the enthusiasm.

The best thing about student starred books is that even when the big hoopla is over, readers find these gems, like hidden treasures, shelved among the rest of the collection. Hopefully, it helps them decide on a book that they love and want to add a star to.


Posted by Cheriee Weichel
Email ThisBlogThis!Share to TwitterShare to FacebookShare to Pinterest