Welcome readers! It's #IMWAYR time again, when bloggers share what they have been reading and find out what others have been up to. Kathryn hosts the adult version of this meme at Book Date. Jen at Teach Mentor Texts and Kellee and Ricki at Unleashing Readers host the kidlit rendition. These are fabulous places to start your search for what to read next. 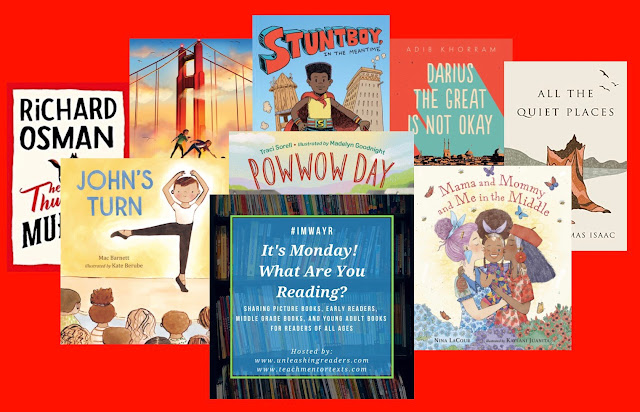 How are you all doing? My sinus infection has disappeared, I'm on my last antibiotics and feeling almost human again.
Despite the cooler than usual weather, I've been out working in the garden attempting to rid the vegetable patch of wild geranium. (Thank goodness audiobooks keep me entertained while I am out mucking in the dirt.) I thought I had it almost finished and then we had a few days of rain. When I went out today I noticed hundreds, if not thousands, of sprouting geranium seedlings. They are amazingly resilient plants. I might even admire them if they were not trying to invade my garden.
On Sunday I realized that I was supposed to be posting a MustReadIn2022 update post for everyone to link to. I have been working on it and promise it will be ready to connect to by the end of the day on April 25th. 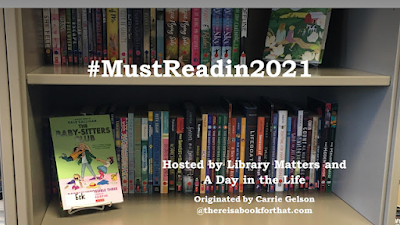 I am content to have continued with the April Poem a Day writing challenge. I almost missed one day but ended up writing late into the evening.
Titles with a 🍁 indicate this is a Canadian or Indigenous Canadian Author and or Illustrator. 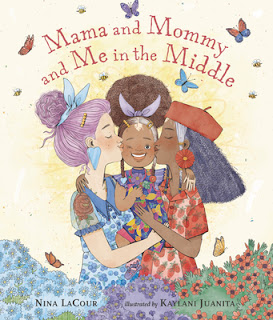 Mama and Mommy and Me in the Middle by Nina LaCour & Kaylani Juanita (Illustrator) March 29, 2022
This exquisitely illustrated book shows us a young girl missing one of her mothers who is away on a work trip. From the returning of blueberries at the grocery store, to laying prostrate on the floor, her sadness is brilliantly revealed in the artwork. 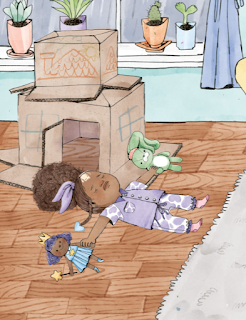 This is a powerfully emotional book.
River, a young Indigenous girl, is recovering from some kind of illness that is never identified. I suspect it might be cancer of some kind since there is a remark about her hair growing again. The family is going to a Powwow for the first time since she was sick.
River is a jingle dancer, but this year, as much as she would like to, she has no energy and is unable to participate. In spite of this, she understands that next year she will dance again.
The back matter is full of additional information about powwows. I especially appreciated the information on the history and purpose of jingle dancing.
John's Turn by Mac Barnett, Kate Berube (Illustrator) March 01, 2022
I am so happy that this book is in the world. We need more like this - books that stretch our expectations for what boys and girls can do.

GRAPHIC
Stuntboy, in the Meantime by Jason Reynolds & Raúl the Third (Illustrations) November 30, 2021
The 'mean time' is when Stuntboy's parents are fighting. They are fighting a lot. Readers understand that they are separating/divorcing, but Stuntboy doesn't realize this at first.
I suspect that a lot of children will see themselves in Stuntboy. I suspect that many adults will see themselves in his parents. For the rest of us, this book provides a window into divorce from one child's perspective.
My only complaint is that this book ends on cliffhanger.
NOVELS
Darius the Great Is Not Okay by Adib Khorram &  Michael Levi Harris (Narrator) August 28, 2018
This coming of age novel addresses body image and mental health issues. It is full of complex characters you believe are real and connect to on an emotional level. It is my favourite kind of book.
Darius is half Persian and half American. His family travels to Iran where he meets his grandparents and extended Iranian family for the first time. While there he makes his first real friend, Sohrab.
Initially Darius and his father seem to be in perpetual conflict. The two have much in common since Darius has inherited the genetics for depression from his father. Things come to head between the two of them in Iran and the source of the antagonism is revealed.
Golden Gate (City Spies 2) by James Ponti & Lisa Flanagan (Narrator) March 09, 2021
I love reading about the adventures of this diverse group of teen spies. Each one of them has their own special skills. In this novel they end up travelling to San Francisco and tracking down a mole in MI6.
I might be a little bit addicted to this series.
ADULT NOVELS
All the Quiet Places by Brian Thomas Isaac & Lincoln Mcgowan (Narrator) 🍁 October 12, 2021
This is a brilliant debut novel.
If Eddie Toma was a real person, he would have been just a few years older than me. Children just like him grew up in the same part of the world as I did. I suppose it's no wonder I connected so profoundly to this character.
Through Eddie, Brian Thomas Isaac shows us what life was like for young indigenous children in the 1950s and 60s. Eddie has to contend with poverty, racism, betrayal and violence.
If you are interested in dystopian fiction, you don't have to read futuristic novels. Just read the history of Indigenous people in Canada and the USA. It doesn't get much more dystopian than that.
This could be a YA or an adult read.
The Thursday Murder Club by Richard Osman, Lesley Manville (Narrator) & Marian Keyes (Narrator) September 03, 2020
I enjoyed this British cosy mystery. It's one of those stories that in spite of having a plot full of twists, turns and red herrings, it's loaded with gentle humour. Mostly though, it's really all about the characters. They are just brilliant: rich and complex with fascinating histories, like older folks you could meet anywhere. The only difference is that the four members of the club are fascinated by murder.
CURRENTLY
UP NEXT
READING GOALS
#MustReadFiction 10/24 one in progress
#MustReadNonFiction 5/18 one in progress
Canadian Authors 25/100
Canada Reads shortlist 5/5
Indigenous Authors 10/25 one in progress
Goodreads Reading Challenge: 97/250
Posted by Cheriee Weichel