Hello out there. It's #IMWAYR time again, when readers share what they have been reading and find out what others have been up to in the past week. Kathryn hosts the adult version of this meme at Book Date. Jen at Teach Mentor Texts and Kellee and Ricki at Unleashing Readers host the kidlit rendition. Whatever you are looking forward to in your next great read, these are fabulous places to start your search. 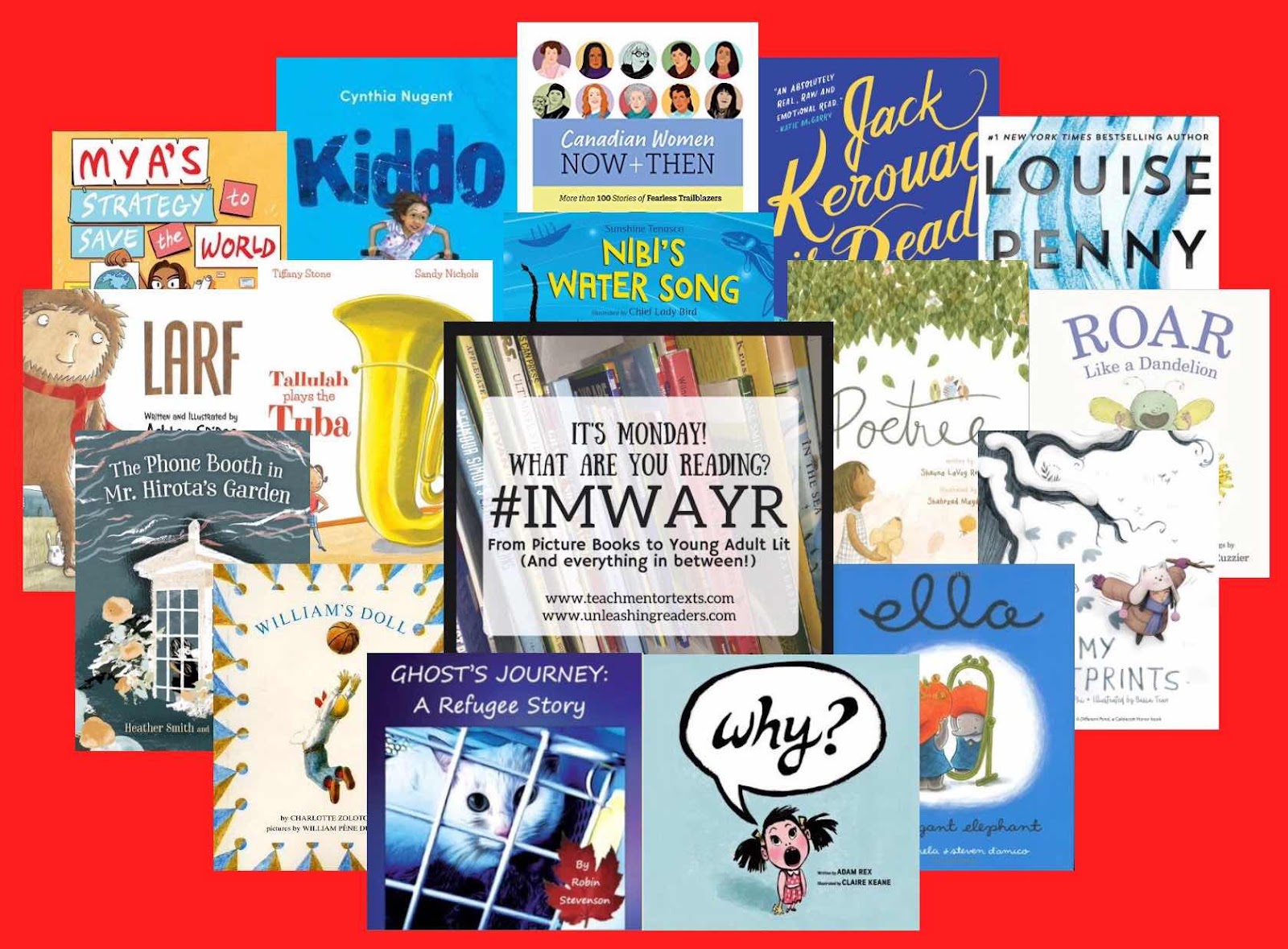 It's been a hectic week here, but as I sit down Sunday evening to write this, it's finally quiet. My son, his wife, and our granddaughter who lived with us, moved into their own place this week. It was time and we are happy to see them settled, but my partner and I are really missing those good night hugs and kisses. We celebrated my other son's birthday this weekend. There was a family poker game on Saturday night, and we had a huge feast this evening. I'm stuffed and having a hard time keeping my eyes open.

Titles with a 🍁 indicate this is a Canadian Author and or Illustrator. 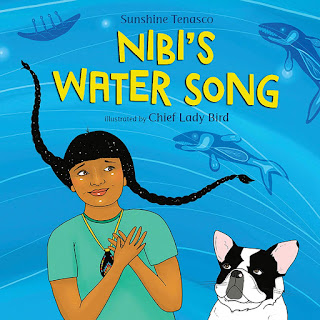 I love the art and the bouncy text in this book.
Two important messages make up the essence of this story. The first is Nibi's search for a glass of clean water. Many indigenous people in Canada do not have access to clean drinking water. Nibi's excursion into a nearby "white" neighborhood shows that they have clean water. The second message is the role of collective action to make change. When Nibi gets fed up and starts to protest, more people join in - those from her own community and others outside it. Only then does change happen. 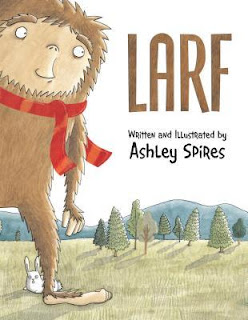 Poor Larf, the Sasquatch, thinks he is the last of his kind. He doesn't mind being all by himself, in fact he likes it. When he reads that a sasquatch is scheduled to make an appearance in a nearby town, he decides to go. Maybe he is not the only one.
This has all of Ashley Spires classic sweetness and humour and her gorgeous art. The kindergarten group that I read this to loved it! 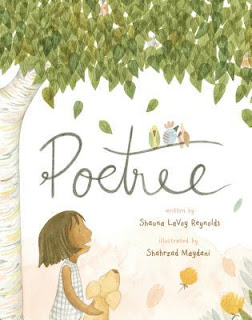 When a young girl writes a poem to a tree, she doesn't expect a reply, especially not in verse, but that's what seems to have happened to Sylvia. When that gets sorted out, she ends up with a new friend who loves words and poetry as much as she does.
Shahrzad Maydani's art is just lovely with this. 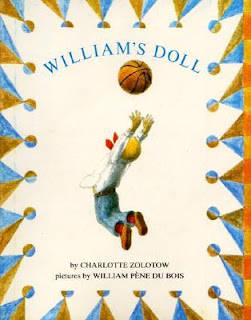 This was a suggested read in a library I was in last week. I had forgotten how powerful it is. William wants a doll, but his father refuses. When his grandmother comes for a visit, she gets him one.
Before I read this to a group of grade 1/2 students, I asked them how many had dolls. I am sad that more than half the boys did not.
It's 2020 and we still have a long long way to go. 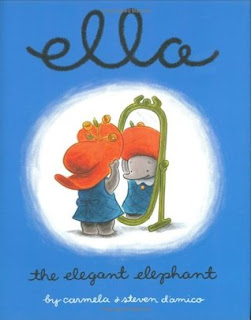 This was another suggested read in a library I was in last week. Ella is bullied because her hat is not the same as the one everyone else is wearing. The grade 1/2 class I was working with made the connection between the event that initiated Pink Day. In each situation, people were bullied because of what they wore. What distresses me about this book is that Ella has to perform a magical feat with her hat to be accepted by her classmates. 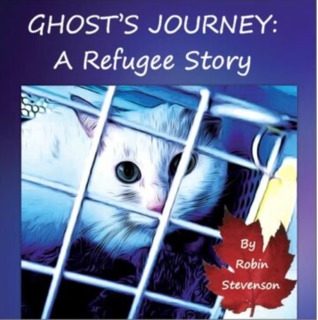 I read this to students from grades 1 to 6. It was a hit for all of them. Some appreciated it more than others, but all felt the book was appropriate for them.
This third person narrative is told from the perspective of Ghost, a white cat who lives with two gay men. (The book calls them dads.) They live in Java where queer people are persecuted. Ghost does her best to comfort and guard them. After begin forced to move numerous times, the men end up fleeing to Canada.
This book is based on a true story. Ghost and the two men now live in Vancouver, B.C.
The stylized illustrations are created from photographs taken by Rainer Oktovianus, one of these men. I wish he had been given mention on the cover. 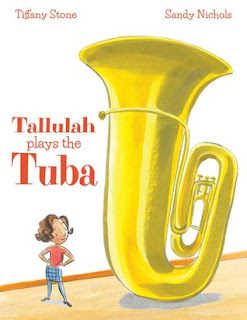 I read this to a group of grade 3/4 students today. A few really liked it. Others were meh, and the rest gave it three stars, so that's what I'm going with here.
It's the story of Tullulah, a girl who is petite for her age. She really really wants to play the tuba. Her band teacher tells her she is too small. But Tallulah really really wants to play the tuba, so she comes up with all kinds of solutions. None of them work until she gets exceptionally creative. I appreciated how supportive her classmates were in all of her ideas.
These students got the message of not giving up and not letting being either too small or too big stop you from doing what you want. But they wanted to know why they just didn't get a small sized tuba for her. Good question! 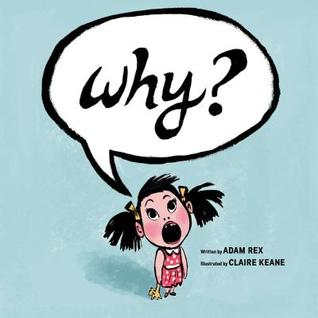 Behind the humor in this book is a lot of serious reflection on why we become who we are, what it means to be human, and how we might change.
It's brilliant.
As someone who lives with a toddler, I can attest that they do indeed have the capacity to bring out the best in us even if they drive us crazy at the same time. 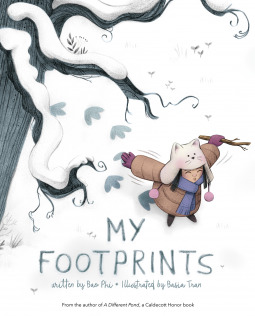 I loved the art in this story of a young girl trying to deal with bullying. To build up her confidence she imagines herself as different kinds of animals. Her two moms help her out by sharing powerful mythical creatures from their own cultural backgrounds. 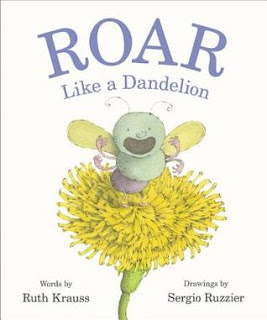 Roar Like a Dandelion by Ruth Krauss & Sergio Ruzzier (Illustrations)

I had no idea what this book was about going into it, except that I adore the work of both of these contributors.
This is a unique and quirky alphabet book. Each letter is represented by a verb that begins a sentence. Some of them are delightfully out there.
At first I wasn't sure if the two different artists' styles were working together. Then it clicked for me and I came to appreciate the joy in this picture book. Like other reviewers have mentioned, that line, Look under the bed for poetry, is a highlight. 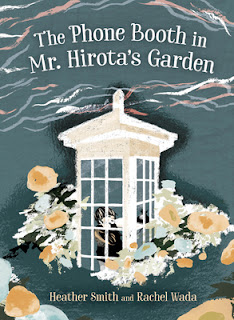 This story references the tsunami that devastated Japan in 2011. It's a story of personal loss in the midst of overwhelming tragedy. It's also about healing and going on with your life. It is inspired by the true story of artist, Itaru Sasaki, who build a phone booth in his yard to talk to his dead cousin. After the tsunami disaster, people flocked to his phone booth in search of comfort.
The artwork in this book is just gorgeous. The group of grade 3/4's I read it to loved it as much as I did, but were not so impressed by the story overall.
I admit to having conflicted feelings about the author not being Japanese, but appreciate that the illustrator is of Japanese-Cantonese background. According to the cover notes, she 'combined traditional Japanese art forms and techniques ... with her own personal twist, referencing Japanese Children's books, traditional woodblock prints and photos from the time of the 2011 disaster to create the illustrations." 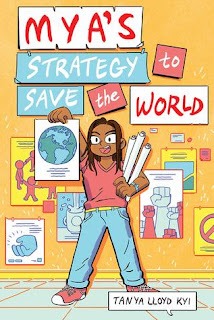 Mya's Strategy to Save the World by Tanya Lloyd Kyi 🍁

Seriously, how can you not love a book that starts like this.
There are two types of people in the world: those who sleep with tissue boxes on their bedside tables, and those who pick their noses before bed and wipe their boogers on the sheets. I am the first type. My sister, Nanda, is the second.
I adored this book. Mya is a fabulous character. She is an activist in her elementary school with a goal of getting a joy with the UN and saving the world. In the meantime, she leads her school’s Kids For Social Justice club where they write letters and raise money for different causes. She’s going through the usual growing up stuff – best friend problems, lack of a cell phone, and the inkling of romance. On top of that, her mother is in Myanmar with her sick Grandmother. The book is set during the time she is away.
I love all these characters. I love that the adults - both parents and teachers - are good people trying to do their best who care about kids. I love the humour in this. I laughed out loud more than once, especially when the little sister uses maxi pads to replace her missing shin guards. I couldn't wait to see what the target audience (grade 4 - 7) thinks of it. Then I read that first paragraph to a group of grade 3/4 students. They were not impressed. Sigh. 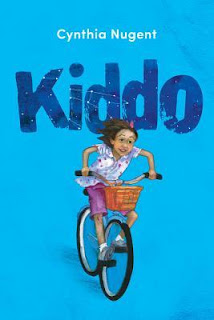 As much as I wanted to love this, I struggled with the beginning of it. I ended up infatuated, but am not sure that readers will put the effort into getting to that point. It reminded me of Homer Price by Robert McCloskey. There is plenty of humour in this tale of Katherine Wisteria Warble (Kiddo), a young girl who wants, more than anything, to be next years Junior Reporter for the local newspaper. In order to qualify she has to acquire a certain number of points over the summer holiday. The novel is composed of her different attempts to get them.
While there is plenty of situational humour, the quirkily authentic characters add to it. Other than Jeremy ("Germ") Marroon, Kiddo's arch nemesis, and another nasty adult, they are full of sweetness. Kiddo, who is liable to act before thinking, is especially delightful. She's a great story teller, but can't spell worth a darn. (Maybe I like her so much because I still have trouble with spelling.)
The novel is set in the 1960's although it takes a while to figure this out. I wish this time frame had been established more clearly earlier on. I especially appreciated how the novel dealt with the social issues of the time: the struggles of women and girls, and the ignorance of previous historical wrongs like Japanese Internment. I only wish there could have been some connection to indigenous issues. As a child growing up in these years, we might not have been truly aware, but I had friends who were part of the 50's & 60's scoop and had to deal with racism. 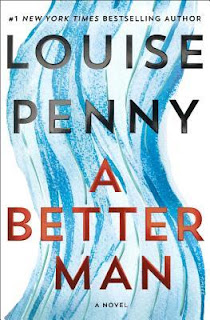 probably 3.5 stars.
I enjoyed being back in the world of Three Pines and it's citizens. I appreciated the integration of important issues like domestic abuse and the environmental consequences of flooding, but I didn't connect to this book like I have to the previous ones.
Of course, if Louise Penny writes another in the series, I'll probably read it. 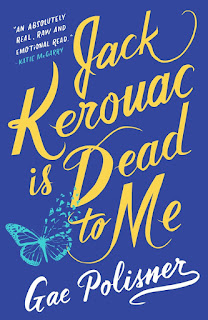 Jack Kerouac Is Dead to Me by Gae Polisner

I'm in the middle of writing an in depth review of this. I mostly adored this book. Gae Polisner writes gorgeously authentic characters, but parts of this book troubled me. I suspect those aspects are ones that adults need to pay attention to more than teens do. 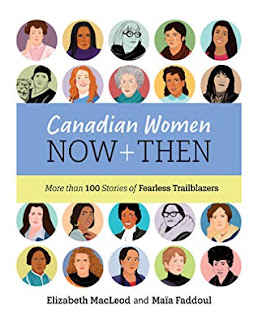 I shared my review of this on International Women's Day. I love seeing so many remarkable Canadian women highlighted in this book. Go read my full review if you want to know more.

I'm listening to Sweet Pea by Julie Murphy. Nevers by Sara Cassidy is the novel I have on the go and I just started reading Becoming RBG by Debbie Levy and Whitney Gardener.

It Wasn't Me by Dana Alison Levy is lined up to be my next audiobook. Other than that, I will continue pulling out books from the boxes and see what happens. I must start rereading John Lewis' March trilogy for an upcoming book club.