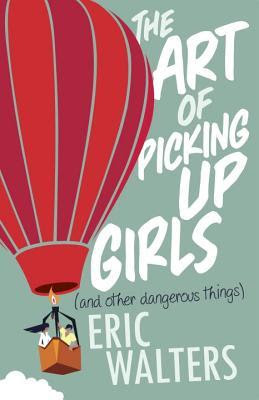 This book left me conflicted.

Graham Fox just moved from a small town where the high school had 400 students to a larger city with a high school filled with 2500 of them. The good thing about the move is that he is away from his ex girlfriend who broke up with him and started dating his former best friend. Unfortunately he is now in a position where he has no friends and it is his last year of high school. Luckily, shortly after his arrival, Ethan Frost introduced himself as Graham's guide. Ethan was kicked off the football team for some tomfoolery he took credit for, and his punishment is to show Graham around.

Ethan is a charismatic individual. Shortly after they meet, he introduces Graham to the game of picking up and dating as many girls as possible. First, the two of them rate girls based on their looks. Then they attempt to connect with the 'hottest' of them and go out on a date. This whole process is predicated on mastering the art of the con as the two boys give false names and make up stories about themselves. There is also an implicit 'boys will be boys' attitude that leads to their treating young women as objects. This is justified because these 'kinds' of girls deserve what they get. Yet as the game progresses the two boys end up going to different places where they meet up with vulnerable girls and even this rationale gets lost. Even if the girls don't deserve it, they justify their actions because they are doing them a favour by showing them a good time.

The problem occurs when Graham meets Raine at a farmers market. Raine is an animal rights activists. She isn't 'hot' in the way the two boys have been looking at girls. Nonetheless Graham falls hard for her. Unfortunately he lied about his name and who he is, and Raine's most important priority in a boyfriend is honesty.

There is a lot I really liked about this book. Both of these characters are well-developed and complex. Ethan Frost, while shallow at the onset becomes a very good friend with endearing qualities and a sympathetic backstory. I like that the novel is filled with smart and witty repartee.

I appreciate that these two boys manage to learn the error of their ways but I am troubled by the game itself and their rationale for making young women the objects of their game. There's this subtext that girls who the boys have rated as 'hot' are shallow. I accept that the girl who Graham finally falls for is appreciated for who she is, other than her looks, but we're all still left with that message that those so-called hot girls got what they deserved, and don't have value other than their looks.

What I think is that this would be an interesting book to foster conversations with students about misogyny, their attitudes about gender and their relationships with each other. I'm a fan of Eric Walters' writing and trust that this is exactly what he wanted this novel to do.
Posted by Cheriee Weichel