I’m not sure how I’m going to take stock of all the books I read this year, but I promise, in this post, to make a valiant effort.

I put 56 books on my Goodreads must read list this year, but only completed 41. Shadow Scale (Seraphina #2) by Rachel Hartman, hasn’t been published yet, so I'm forgiven for that one. You can bet that it is on my 2015 must read list!

Last October, I realized that I was never going to get through all of those books, so I whittled the list down to where there were only five left to read. I managed to finish those, and two more, so I’m satisfied. Reading those last titles reminded me that these books get on my list for good reasons. I gave four of them 5 stars.


These are the ten books from my list that I gave 5 stars to.

Because of Mr. Terupt by Rob Buyea
Counting By 7's by Holly Goldberg Sloan
The Dead in Their Vaulted Arches by Alan Bradley
The House You Pass on the Way by Jacqueline Woodson
I'll Be Watching by Pamela Porter

In Darkness by Nick Blake
Milo: Sticky Notes and Brain Freeze by Alan Silberberg
The Raven Boys (The Raven Cycle, #1) by Maggie Stiefvater
The Water Castle by Megan Frazer Blakemore
The Year of Billy Miller by Kevin Henkes

Including these books, I’ve read 167 novels this year.

I've tried to think of how I could come up with a list of 10 top books, but the truth is, I couldn’t eliminate enough books to even get it down to just 20! I started thinking about categories of books and categories of readers, and finally came up with some choice titles from this years reading.

Everyone should read Charlotte’s Web by E.B. White. I’ve read it numerous times over the years, and honestly, it just gets better with each reading. I believe it is one of the most beautifully written books ever. If you haven’t yet read it, run to your nearest library and grab it. If you haven’t read it for a while, it’s time to visit it again. 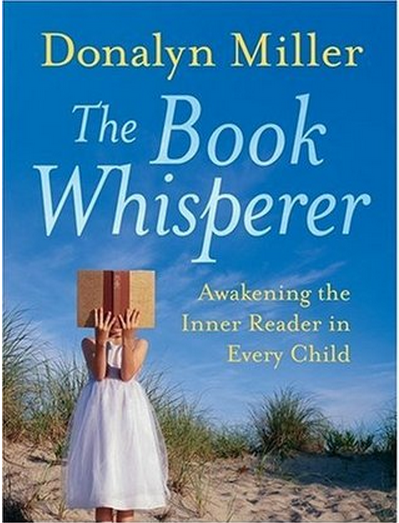 I figure every teacher should read The Book Whisperer by Donalyn Miller. At the very least it will confirm what you know about the power of reading. At the most, it might transform your language arts teaching. I know this is nonfiction, but it is about reading!

Fans of Mysteries should most definitely become friends with Wendelin Van Draanen’s character, Sammy Keyes. I also recommend The Ghosts of Tupelo Landing by Sheila Turnage and A Snicker of Magic by Natalie Lloyd. That last one is both mystery and magical realism so you get two genres in one! The Prince of Venice Beach by Blake Nelson was one of my favourite mysteries this year. Not only is it a gripping read, it deals with the issue of homeless teens. I really hope that Nelson comes up with more adventures for Cali, the Prince of Venice Beach.

For teens and young adults, I encourage them to read: Rose Under Fire by Elizabeth Wein. (I sent most of my nieces it as Christmas gifts this year) If they haven’t discovered The Raven Boys by Maggie Stiefvater, I recommend that series also.

I’d like my grown up friends to read American Gods by Neil Gaiman and Grasshopper Jungle by Andrew Smith. Both are stunning, weird, and when you are finished them, leave you wondering what the heck just happened.

The Year of Billy Miller by Kevin Henke is a title just right for students starting to read chapter books. I put a copy in our book club bin for younger readers, and can hardly wait to hear what our members think of it.

The book that made me cry the most this year was This Star Won't Go Out: The Life and Words of Esther Grace Earl by Esther Earl. Esther was one of John Green’s friends. If you like books that make you weep, then The Reluctant Journal of Henry K. Larsen by Susin Nielsen is probably for you as well.

I’ve read many fabulous books that dealt with gender issues this year, but a few jump out. The Misadventures of the Family Fletcher by Dana Alison Levy is a book that begs to be read out loud. It is a modern family classic. The House You Pass on Your Way by Jacqueline Woodson and Aristotle and Dante Discover the Secrets of the Universe by Benjamin Alire Sáenz are two of the most exquisitely written YA titles I’ve read all year. Five, Six, Seven Nate by Tim Federle is another book that is appropriate for all elementary students. I just adore Nate! The main character in Grasshopper Jungle by Andrew Smith, 17 year old Austen, is all tangled up in his love and desire for his two best friends, Shann, a girl, and Robby, a boy.

For middle school readers who like action and adventure, they need look no further than The Screaming Staircase by Jonathan Stroud. I’ve got the sequel on my 2015 to reads list and can’t wait to get to it!

Those who like historical fiction should read: I'll Be Watching by Pamela Porter, In Darkness by Nick Lake and Revolution by Deborah Wiles. 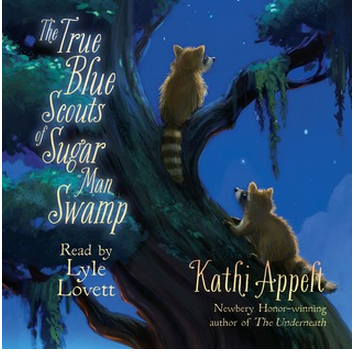 I read a lot of books with my ears. My absolutely favourite audiobook this year was The True Blue Scouts of Sugarman Swamp written by Kathi Appelt, and read by Lyle Lovett. No sooner did I finish it, but I started listening in all over again.

And then there are scary books. If you know me at all, you know that I am not a huge fan of books that frighten the bejeezus out of me. However, I did manage to finish a few that I consider worthwhile. For younger readers, The Elevator Ghost by Glen Huser will make a great Halloween read. I actually adored The Night Gardener by Jonathan Auxier. Although the gardener and the tree terrified me, I couldn't stop reading. The Archived by Victoria Schwab has ghosts, a murder mystery, betrayal, and plenty of suspense. The adult read I finished was Deadly Thyme by R.L. Nolan. I had to stop reading numerous times, but kept coming back to it.

I’m always on the lookout for books to use in literature circles. From the books I’ve read this year, here are the ones I think most suited for this:

Other books that I gave 5 stars to this year, but haven't yet been mentioned include:

Also Known as Elvis by James Howe
Anansi Boys by Neil Gaiman
Blufton by Matt Phelan
Clockwork Orange by Anthony Burgess
Countdown by Deborah Wiles
The Dream Thieves by Maggie Stiefvater
Fangirl by Rainbow Rowell
The Girl Who Soared Over Fairyland and Cut the Moon in Two by  Catherynne M. Valente
Leroy Ninker Saddles Up by Kate DiCamillo
Ophelia and the Marvelous Boy by Karen Foxlee
Pastures of Heaven by John Steinbeck
The Penderwicks: A Summer Tale of Four Sisters.... by Jeanne Birdsall
Sisters by Raina Telgemeier
Three Times Lucky by Sheila Turnage

Now it's time to get working on my 2015 must read list. I have learned not to put so many books on it I think.

Email ThisBlogThis!Share to TwitterShare to FacebookShare to Pinterest
Labels: 2014toread, Year In Review