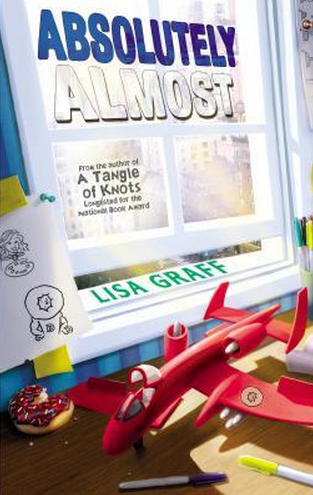 I don't like this book. It is beautifully written, I love that New York City becomes almost a character, and I came to care for Albie, the protagonist, but I still don't like it. Perhaps it's because there is too much going on. There are issues of private vs public schools, absent parents, bullying, and learning challenges. Alas, for me, none of these issues are addressed satisfactorily.

Albie is a 10 year old child with serious learning issues (he's not dyslexic, but that's all we learn.) On the other hand, he's got his own kind of smarts. He life is complicated by having to deal with his busy parents who have high academic expectations for him, but are hardly there except to berate him for his lack of academic success.

He gets kicked out of a special prep academy because of academic failure and ends up in a public school. In most ways this ends up being for the better. The school seems to have a progressive attitude towards accepting all children, and Albie gets more of the kind of academic support he needs. He gets the math help he needs from a very sympathetic teacher, (I love those math jokes) He gets to read Captain Underpants books which are just right for him.

Albie has to deal with bullying at his new school. In response, the adults proclaim that the word 'retard' can not be used. This is such an incompetent approach to start with, even Albie knows that "maybe it's not words that need to be outlawed."

How the adults around him can be so blind to what is going on astonishes me. Teachers at his new school seem to be more or less in tune with Albie's academic needs, but how they can be so blind towards the negative culture in the classroom is beyond belief. Even when the compassionate math teacher notices and asks Albie what's going on, he just gives Albie advice for how to better ignore the name calling. This is just not a sufficient response from an educator.

His nanny, Calista, is the most sympathetic character in the book. She's the one Albie opens up to. While she may not always follow Albie's mother's rules, she does help him learn to draw and become stronger and more confident. I was distressed that there seemed to be no communication between Calista and the parents, or at least the mother, about how Albie was doing.

Albie himself distresses me. As much as I came to care for him, he comes off as being much younger than the ten year old students I work with on a daily basis. He is more like a kid in grade 3 than in grade 5. This means that my 10 year old readers are really not going to connect to him.

Unfortunately, the message I take from this book is: Life is gonna be hard, learn how to roll with the punches and suck it up. Seriously!!! This isn't a message I want students to get at any time.

I think this might be a powerful book for adults to read as it demonstrates profoundly the many ways we can fail the children in our care. It makes me doubly thankful to work at the school I work at where we are proactive at supporting children in whatever ways they need it.