The Alchemyst by Michael Scott 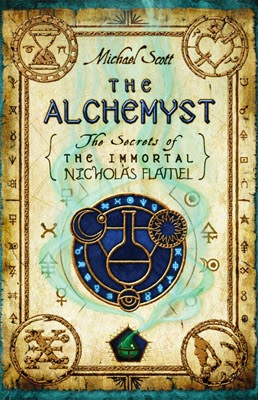 The Alchemyst by Michael Scott is an interesting story. There are many positive things to say about it. I enjoyed the connections to the different gods and goddesses. I was fascinated to read at the end that the only truly invented characters were the 15 year old twins, Josh and Sophie. The premise of the story is that the Dark Elders, those first 'people' (think ancient gods and goddesses) with the help of the immortal, Mr. Dee, are planning on retrieving the codex - or Book of Abraham the Mage. If Mr. Dee succeeds in stealing it from the present caretakers,  Nicholas and Perenelle Flamel, the Elders will come back into power and humans will at best, by enslaved by them. Luckily for the Flamels, Josh and Sophie, the aforementioned twins, are there when Mr. Dee makes his move. Unluckily for the twins, the world as they know it will never be the same.


It wasn't a bad read. It has suspense and secrets. There is magic all over the place. The are battles aplenty. Yet there are some problems with this book for me. First, I'm not that much of a fan of fantasy and this novel isn't written well enough to change this. At times I was just bored. To compound this, I didn't feel satisfied at the end. If you know me, you will know that I hate books that leave issues unresolved. I want to leave my characters doing well. If I am going to read a sequel, I need to love them so much that I will be compelled to read more if only to find out how they are doing. (Some examples include Terry Pratchett's Tiffany Aching novels and Catherynne M. Valente's September.)

I'm content to have read this one if only to say to students that I have tried the series.
Posted by Cheriee Weichel